Thursday 13: books that disappointed me

A group of bloggers dedicate their thursday blogs to making lists of 13 items - the topics can be anything the blogger chooses. My topic for this week is books I was disappointed in, but if you are interested in seeing what other people wrote about you can link to them HERE.


1. I just saw the preview for the DVD Eat, Pray, Love with Julia Roberts. I love Julia Roberts movies but I did not like this book at ALL and so I am disappointed that Julia is starring in the movie. The book had such great reviews and I was so excited to read it but Elizabeth Gilbert was annoying and got worse as the book went on. I can't imagine the movie could be changed in any way as to make it more palatable. I think I will have to pass on the experience (which won't be hard since I don't go to movies anyway!) The idea behind the story is appealing - change your life and reconnect to the things that are important, but the way this unfolds in Elizabeth Gilberts life sounds self aggrandizing and completely unrelatable to anyone without the kinds of resources she has at her disposal.
2. The Time Traveller's Wife. Audrey Niffeneger


This really could have been a great book, and I loved the premise of it, however it just fell flat. It felt like the author got tired of writing it so she just stopped. I was right into it almost the whole way through and then all of a sudden everything came to a halt. I thought there were a lot of loose strings left in the abrupt conclusion. Have I mentioned I thought it ended rapidly and unexpectedly? I know a lot of people who just LOVE this book, but I got tired of it at the same time the author did.


Cornwell's books for me have been deteriorating over time, each one worse than the one before. This one seals the deal for me. No more Cornwell.


More than anything I wanted this book to be a good one. One of my sons (we are still waiting on an official diagnosis) we strongly believe falls on the autism spectrum. We also know that every single child is different. Our two boys both have one diagnosis that is identical, but they are as different from one another as two human beings could possibly be. So I KNOW that there isn't just a one answer that will solve the problems of every autistic child. I can appreciate the struggle of trying to get support for something you KNOW is wrong, and being turned away at very door you know of to go to. My problem with Jenny's book is that she has a LOT more resources than the "everyday" parent of a child with Autism. She has connections we will never have in a million years. I am extremely happy for her, and I feel her pain as the parent of a special needs child, but I felt she was out of touch with what other parents feel, as if she only got "half" the picture. In addition to that - she is not a great writer and it was a painful read.

If you want to know of a GOOD book on this topic read -  The Boy in the Moon by Ian Brown. Admittedly the focus is a bit different, but the realities of living with a child with disabilities resonates much more in this book tan in McCarthy's.


5. The Bag Lady Papers: The Priceless Experience of Losing it all. Alexandra Penney


This lady is OUT OF TOUCH. First of all she was never a "bag lady", she was an extremely rich person who had to deal with losing a lot of money. she had more money than I will have in my lifetime and she lost it. A tragedy for sure, but she has NO CONCEPT of how people in America struggle every day just to get by. She had to sell some of her houses. Oh my. I couldn't muster up sympathy for her if I tried - even though I admit she suffered a great loss.


I am right in the middle of a kick on fantasy novels. This book was heralded as an adult version of Harry Potter. HA! From beginning to end this book was a failure with one exception - the excursion to the south pole. Literally every page I turned I thought to myself - "if only they had done this instead". It was by no means a book to get lost in. The vast majority of the story was about self indulgent, lazy, alcohol stupefied wannabes.


Maybe because the book was hyped so much I thought it was going to be so much more. I like a book with a decent conclusion. This was not it.

I think I am missing something here. "HHGTG" has cult status among science fiction fans. It was a radio show, it has been made into books, comics, computer games... you name it. I read it for the first time in May 2012. I was completely baffled by why this book is so famous. I thought it was boring, not funny at all and I struggled to finish the darn thing. I guess I can say I missed the plot on this one! 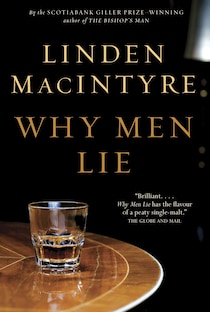 I tried to read this book because the author is Canadian and I am trying to read 13 books by Canadians in one year. I HATE this book. it was boring and completely uninteresting. I tried to hard to read this book that I basically didn't get anything else read for almost a MONTH while I tried to slog through this one. I have to say it is one book I did not finish and I finally accepted I would never finish and returned it to the library. I honestly don't care why men lie, but the book never provided me with any earth shattering information either. Maybe if I had made it to the end it would have been better but I doubt it. I am primarily disappointed that the rest of me reading was affected by this book and that I was not able to count it towards the challenge.
﻿


10.The Storyteller by Antonia Michaelis

12. and 13. Making Toast. Roger Rosenblatt AND Two Kisses for Maddie by Mathew Longelin

I am grouping these two books into one because I was disappointed in them for the exact same reason. They are both autobiographical books and in both storeis the young moms have passed away due to some medical tradgedy. One  is told by  the father of the deceased and the other by the husband. In BOTH stories the writer seems completely detatched from the story as if holloly recounting details of the events without making any connection to the reader or to the people in the story. I think the potential for these stories is IMMENSE and they both fell completely flat for me.

I feel the same way about Cornwell. I stopped reading her books quite some time ago.

Never read the Time Traveler's Wife, but did enjoy the movie.

Ditto for me about Cornwell, I used to really like her books but, the last 3 were crap, no more. Eat,Pray, Love-yuck, I love Julia Roberts, but, I found Elizabeth Gilbert's book so profoundly annoying, and I only read 50 pages, I haven't seen the movie.

I couldn't get through "Time Traveller's Wife" or "Eat Pray Love" :(

I *love* that you did a "books I didn't like" list! I couldn't get through Time Traveler's Wife and Edgar Sawtelle is collecting dust on my shelf. Oi.