Other participants of Thursday 13 can be found by linking HERE.

So today I am going to post Thirteen things about my brother...

I know most people reading have no interest in my brother, but to me (and to the lives of the people he saved this week) he is a hero. I am the oldest in the family which gives me the benefit of having memories of all of my siblings as we grew up. I am so very grateful for these memories and for my parents who provided an amazing home for us to grow up in. My parents raised great kids!

1. Here is a link to the newspaper article about my brother and what he did this week. Way to go Just!
http://www.cbc.ca/canada/edmonton/story/2010/07/19/edmonton-jasper-explosion-10-injured.html
2. My brother is a gently soul who loves animals. We have rescued some dogs that have had "issues" around trust, and every single one of them has loved my brother - even when they fear everyone else.

3. My brother is a good friend.

When we were growing up we moved around a lot - from continent to continent. Lots of times it was just "us" and we had to rely on one another for friendship. 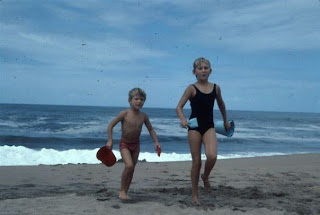 Justin is the father of two kids and he is an amazing dad. Every moment that he is not working (or playing soccer) he is spending with his family. He is not a "sit on the sidelines" kind of dad, he is the kind of dad who gets down and has a tea party with his daughter. He is the kind of dad that is right there in the sandbox, or the pool, or the tree house, or the inflatable raft, or teaching his kids to skip rocks.... 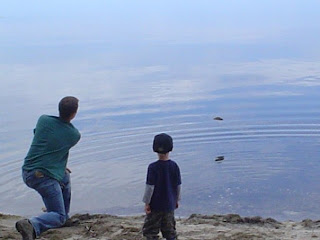 You can't tell the kids not to jump on the couches because...... 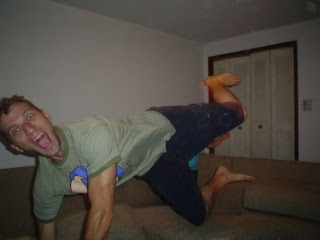 4. He is a hard worker.
Aside of his daytime job, Justin works hard at home. He and his family have moved twice in the past few years and both times Justin worked amazingly hard to get the homes "ready" for his family. He is a perfectionist and anything he touches you can be rest assured it has been completed properly and with quality.... now if only he would move closer to me........

5. He is safety conscious - which I suppose is one reason that he was so quick to respond when people were in need. 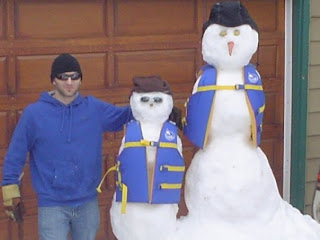 6. He has a wicked sense of humor.

7. He is an excellent soccer player - which is important you know! I would have to check with him to get the stats right but I am certain he has won awards almost on a yearly basis for having the most goals scored in his league...

8. I think I am safe to say this - since he will admit it himself... He is more than a little "squeamish"(though he comes by it honestly and inherited it from my dad). He cannot stand the sight of blood and sometimes even the thought of it makes him go pale.

9. He is very creative.
He makes cakes (at one time he wanted to be a chef - which he would have been excellent at), he paints, he has written some great rap songs - even though they were for my Oupa's birthday!, he has made Halloween costumes, the list goes on and on. 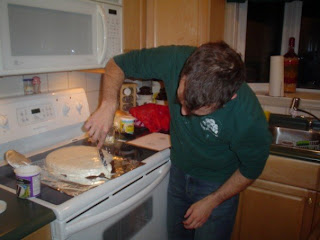 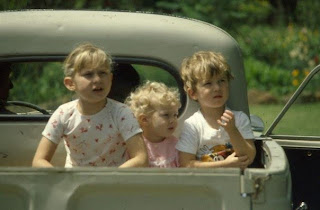 He finished at the top of his class when he was going to school to become a journeyman and he is getting ready to go back to get another ticket.

12. He is a great singer. If only I had an audio recording of his falsetto when we sing "The Lion Sleeps Tonight." You would ALL be impressed. No word of a lie.

I wish everyone had the opportunity to know him, but to be honest he is shy and probably more reclusive than even I am. When we heard what he had done to save the people in Jasper, it was not a surprise at all - he is "that kind" of a guy.

In my adult "life" I was able to spend some months living with him and his wife. It was a wonderful opportunity for me to reacquaint myself with him and to meet his wife and forge a lasting friendship. One night I was working and there was an incident at work which kept me late into the night. All of a sudden there is - he and his wife came to make sure I was ok - they knew I should have been home and I wasn't so they came out (late at night) to check and make sure everything was ok. They loaded up my bike and drove me home. We have laughed together, we have cried together, we have even disagreed with one another!, but through it all he has been a wonderful friend and brother.

He sounds awesome. As someone who has lost two brothers I loved dearly, this really touches me.

Wow, your brother is an amazing man and a real hero. You're lucky to have such a man as your brother. Thanks for sharing.

What a great tribute to your brother!

Nice tribute to your bro! What a guy!

What a great sister you are to share him with us.

Great post; very sweet. I hope he gets the chance to read it.

He sounds like a great guy. Reading this makes me think about my relationship with my brothers...or the lack of :(

What a fabulous idea for a post, and what a wonderful brother! I have one of those, and you've inspired me to think about doing one of these posts soon.

What a nice tribute to your brother ! I am an only child, so no brother or sister TT for me, lol !

That is very sweet and you obviously spent some time putting this together and picking out just the right photos. I hope you share this post with him.

It's obvious why you love him! Seems like a wonderful person.

What a great big brother! I have a little sister, whom I love but I've always wanted a big brother, can I borrow him? :-)

Julie. we love you with all our heart. this brought both Justin and I to tears. you are such an amazing part of both of our lives. you are the first person I talked to when life gets tough and one of the few people who "gets' us in this crazy world. we don't know what we would do without your love and support. you are an incredible writer...have you ever though about writing professionally?? man Ju...I just want to hug you. you have no idea what this meant to Jusitn...and me. hugs and kisses....always Des