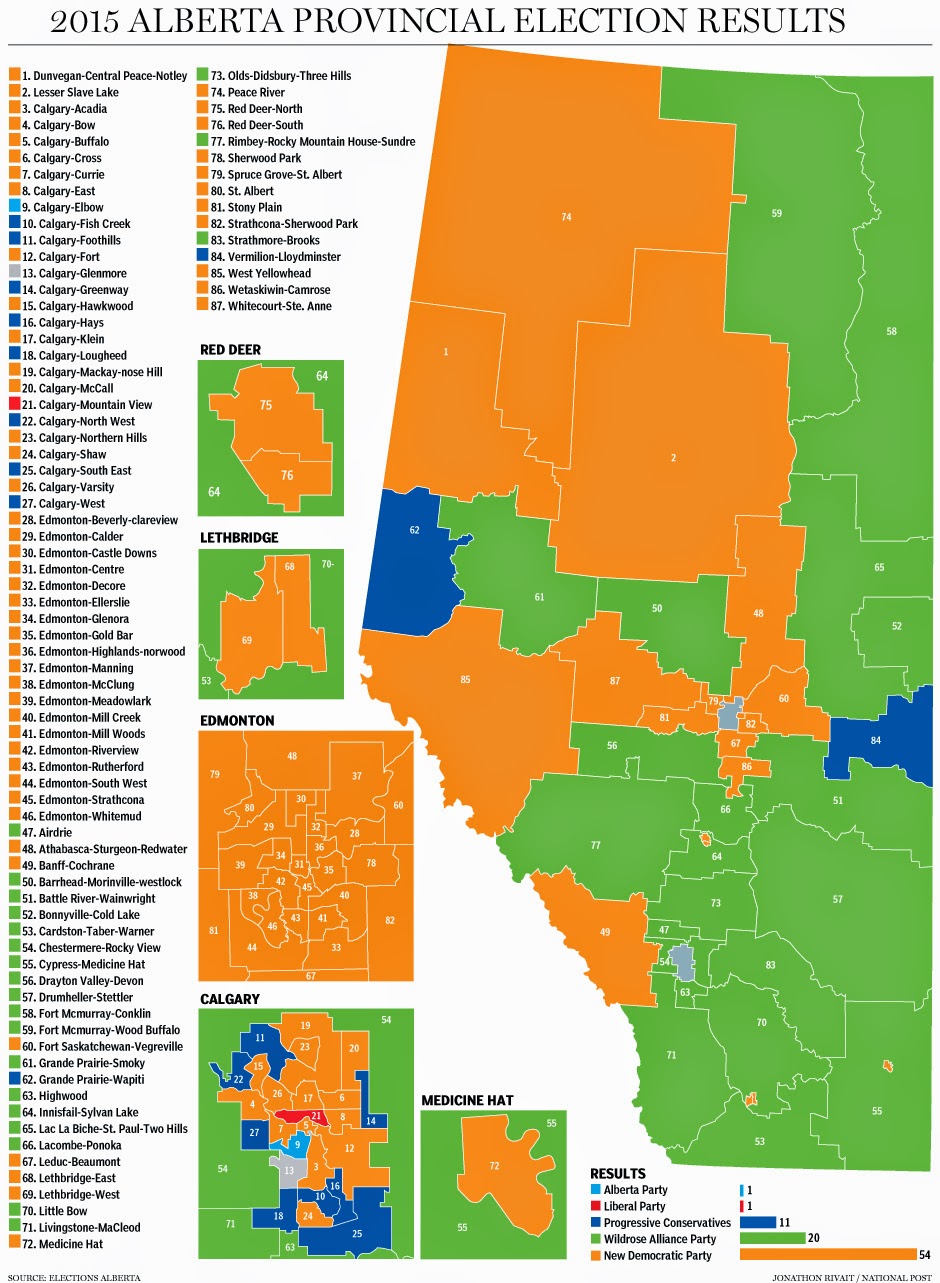 Yesterday was a provincial election here in Alberta. I believe in voting and I always vote, but living here in Alberta it has always been a bit of a frustration to go and vote because this province has been known as the most conservative province in the country - AND the Progressive Conservative Party has been in power since 1971.

In the past few months I have been increasingly unhappy with decisions made my premier Jim Prentice. I was not unhappy that he called an early election, and couldn't wait to send a message in my vote that I was unhappy. I was fully expecting that he would still be in power, but hoped that seeing numbers cast against him would be a wake up call to him that all was not well in his world.

One of the problems we have had is a lack of good party leadership (on both a provincial and a federal level) I was thrilled to see Rachel Notley take the helm of the NDP in Alberta. Then in my local riding we had a great woman step forward as the NDP candidate and I had hope that people would vote her in because of who she is and what she has done in the community and maybe forget about party lines!

I am happy to report this morning that last night history was made in Alberta. Not only do the NDP have a majority vote, there was more women voted into positions than in any election in the history of Canada! I think that is awesome. it has been 44 years since anyone but the conservatives have had power in Alberta. I have great hope for the future - but I would be lying if I said I wasn't holding my breath a bit.

Politics is a scary thing and a lot can go wrong!

Please Rachel - don't let me down.

Wow, that's really cool! Hopefully good changes are on the way. I'm sorely uninformed about Canadian politics, so I should educate myself. Like most people from the U.S., I'm pretty darn ignorant about our own system, too, but I try. I wrote so many nasty emails to my representatives in Indiana about their irresponsibility toward the LGBT community, that I actually got a response in the mail last weekend! Not sure it actually does anything, but it feels good to try.