You may wonder why I am writing about this – so here is an explanation. My beautiful, spunky, 3 year old niece has been diagnosed with MAC. I last saw her in November of 2013 when we were in California . One afternoon we took some time away from the events of the funeral which brought us together and we went to the beach. It was her first experience seeing the Ocean. She was SOOOOO excited. I held her hand as we walked down the stairs. With every step she squealed “let’s go!” We had a great day at the beach and she LOVED the water. She loves being outside and playing and so her getting sick has caused a huge shift in her world and in the world of my sister and brother in law. I went online to find out what I could about her diagnosis and today I am sharing what I have learned. (My sister has written on her blog all about the experience they are going through so if you are interested in hearing about all this in her words you can link to her blog HERE) 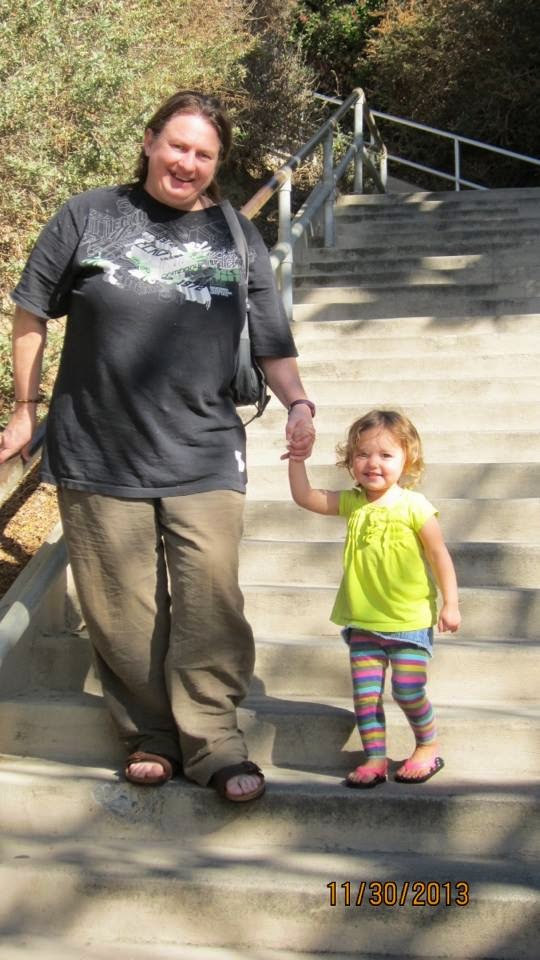 1.       MAC (Mycobacterium Avium Complex), is an atypical mycobacterial infection which can occur in the later stages of AIDS.
2.       MAC is related to the tuberculosis germ, but is not contagious. This would explain why my niece had a positive tuberculosis test.  I never quite understood why she had a positive tb test, but now I do!
3.       MAC organisms can be found virtually anywhere in the environment. They live in water, soil, foods, and a variety of animals. As a result, it is difficult to avoid coming into contact with MAC.
4.       MAC USUALLY this affects people with the later stages of AIDS or people who are old and have weakened immune systems. Try looking for information on MAC for children. It is insanely uncommon and finding out information on children with MAC is extremely difficult.
5.       Here is some of the information I found online about MAC – which will illustrate how frustrating this process has been for my sister and brother in law : MAC pulmonary (lung) disease’ major susceptibility risk factors depend on which of the two types of disease are present. For nodular disease the risk factors are being Caucasian, female, average age between 60 and 70, and having bronchiectasis. The most important relationship in women is that of bronchiectasis. For patients with MAC upper lobe cavitary disease, the major risk factors are being male, average ages between 50-60, heavy smoking, and often-excessive alcohol consumption.
Obviously my niece is neither a female between 60 and 70, nor a male between 50 and 60. She is not a heavy smoker, and her alcohol consumption isn’t excessive. DUH. She doesn’t consume alcohol!
6.       Fever is the main symptom of MAC, along with night sweats, chills, weight loss, muscle wasting, abdominal pain, fatigue (often caused by anemia), and diarrhea.  These symptoms in a little girl obviously are debilitating. She obviously does not have much weight she can afford to lose, but she is in a lot of pain.
7.       MAC can also cause enlargement of the liver and spleen, as well as the lymph nodes. This is how it was diagnosed in my niece – who had one of her lymph nodes so completely destroyed by the bacteria that the surgeon didn’t even think it WAS a lymph node when he removed it from her body.
8. As the bacteria spread through the body and affect different organs there are obviously different symptoms. It usually doesn’t spread from one organ to another, but in my niece’s case it is spreading or was beginning to spread. My sister has to watch for things like vomiting, diarrhea (which she got) and a cough – which would mean it has spread to her lungs.
9.       It  is possible to prevent MAC from causing disease and symptoms in HIV-positive people using drugs (prophylaxis), a type of prevention that is almost always recommended for HIV-positive people with compromised immune systems (less than 50 s). Again and unfortunately, my niece is not in this category of patients. It makes her treatment insanely difficult.
10.   If an HIV-positive person is diagnosed with MAC, he or she may be required to continue therapy for life. This is necessary to prevent MAC from returning. At this point we don’t have any idea how long the treatment will be required for my niece. She has started the treatment and she is reacting well after the first week.
11.   MAC must be treated with a combination of antibiotic drugs to maintain control over the infection.
12.   Side effects of the medication taken to kill the bacteria can include nausea, headaches, vomiting, and diarrhea. Blindness may also occur as a side effect to the medication. The side effects to the bacteria are almost as scary as the effects of the bacteria itself. Obviously we don’t want our little angel to go blind  - but nor do we want the bacteria to shut down all of her organs.
13. Here is a photo of MAC bacteria under electron microscope. 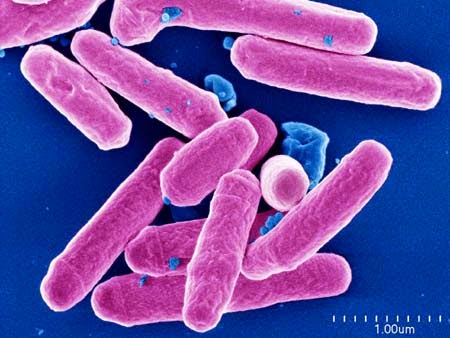